You have all sent some amazing suggestions for art in our home, but still, nothing feels quite right. We have this gigantic wall that is begging for some beautiful art, and I still cannot find just the right thing.

You guys have suggested:
And then....I got my haircut. And while waiting for my appointment I noticed this on the wall: 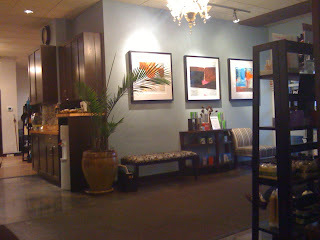 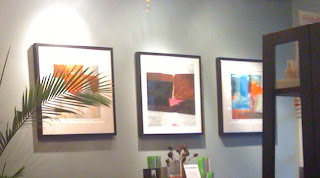 Simple framed watercolors. Each different, but yet similar. And a grouping of 3. (which I want). I was about one more art store away from ripping these little beauties right off the wall and making a run for it, but instead, I made a more logical decision. I took out my phone, took a picture, and texted it to Jeremy, and informed him that we had an art project in our future.

I mean seriously, these guys are pretty, but they also look like something my 2 year old niece could do. In a good way. So if my adorable niece probably could paint them, well then so can Jeremy and Kara.

This past weekend was my best friend's birthday and we were going to celebrate with her and her son. However, I asked her if she would instead  like to come over for a bit of "art class with the Franks" and she excitedly accepted the offer. Something about watercolor with the Franks seemed exciting. Can't imagine why.

And so we celebrated her Birthday... 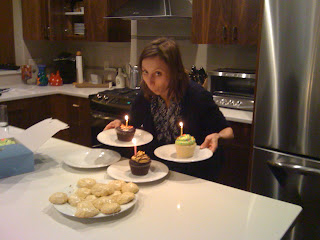 And painted art for our house. Now, I'm not quite ready to reveal the final specimens. No, this is going to be a game. In a subsequent post I will put up the paintings that we painted, along with some that are selling for big bucks, and I want you to tell me which ones are, "Made by the Franks".


Whose excited for this game....MADE BY THE FRANKS!

To be Continued
Posted by Kara Frank at 4:41 PM