I would like to write a children's book, and that would be the title.

Stanley's Grandma Beth dropped off a bag of toys to donate. Stanley's parents were going to donate these toys to those children who did not have any toys.

Stanley had other ideas.

Stanley the naughty, discovered the toys. 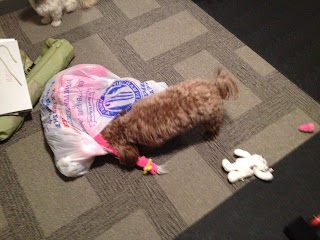 Stanley, the misbehaved tore open that bag of toys. He wanted the toys for himself. 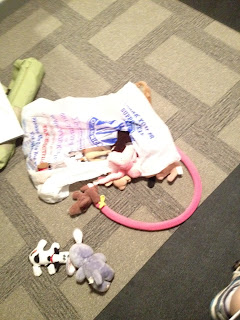 Stanley the hilarious, climbed into the bag of toys, intended for children who have no toys. 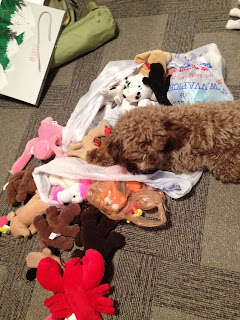 And Stanley the adorable smiled innocently as he stared up from his kingdom of toys. 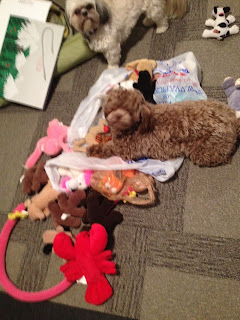 Stanley's mom said, "Enough fun for Stanley, I will have to hide the toys so you do not ruin them!"
But that was not good for Stanley. He wanted those toys. He wanted them for himself. 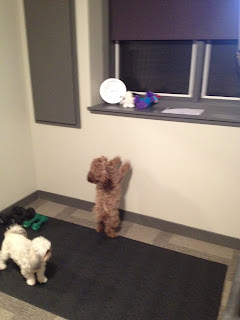 Little Stanley barked and barked for a very long time. Longing for his toys. Stanley had not learned the most important lesson of all, the lesson of charity. Turns out that's a hard lesson to learn when you are a puppy. Stanley has all the toys he needs, and has to learn to give to others who don't. That too, appears a challenging lesson when you have four legs.

Poor Stanley. It's cruel to keep them where he could still see them.