There is one thing that must immediately evaporate from every parent's memory....

The timing of milestones.

Our daughter is 7 months old and I am asked on an almost daily basis:
Is she walking?
Is she talking?
Why can't she eat part of your hamburger?
Has she lost any of her teeth yet?
and Is she saying her name yet?

Which means she is sitting up fairly well (but not perfectly)
She babbles and makes consonant sounds (ba-ba-ba, da-da-da, la-ba la-ba etc...)
She can eat some baby oatmeal, fruits and veggies, but no, she cannot eat your ice cream/hamburger/crackers/cookie/pasta
She does not even have any teeth yet, so she's certainly not losing them yet.
Refer to the aforementioned consonant comment.   If her name was Ba-ba-da, then yes, she could say it perfectly. Unfortunately, we selected the name Mollie, so she has some time on this next one.  Next child we will name Ba-ba-da Frank and then they will be saying their name by 7 months.

However this weekend, before our eyes, she seemed to have made significant progress towards crawling. Literally, Friday night, she was just rolling wherever she wanted to go. By Sunday night....this happened... 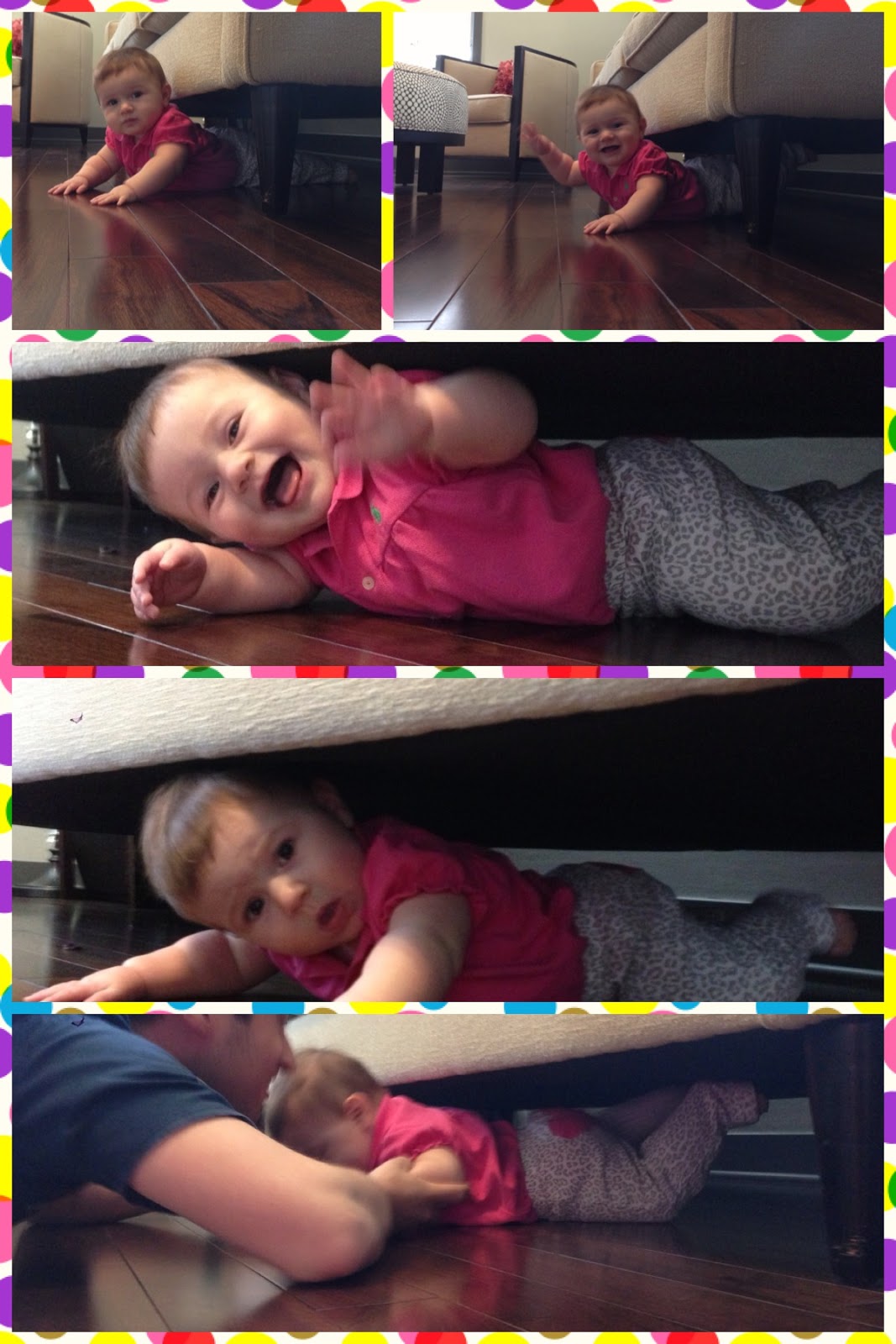 She can get her butt up in the air, she rocks back and forth, crawls backwards and is about to crawl forwards.  But for now, she seems to like crawling backwards and hiding under the couch. Note the 2nd and 3rd photos where she also displays a new milestone, waving goodbye.
Smarty pants learned how to wave goodbye...and then crawl under the couch.
Pretty smart actually.
And hilarious.
I told you this kid was funny.
Posted by Kara Frank at 10:42 AM