Our child is 8 months old and is already outsmarting her parents.

Several months ago she started rolling on to her stomach consistently and began sleeping on her stomach.

Sleeping on her stomach lead to kicking her legs and rolling around her crib in her sleep.

Kicking and rolling then led to practice crawling in her crib.

All of these activities (note: none of which include SLEEPING which is what should occur in one's crib) caused Miss Mollie to get her limbs stuck in the bars of her crib.  They were not actually stuck, but in her mind, they were. She could have easily pulled them out, but she got scared, and instead just screamed like crazy.

So we installed crib bumpers. (Don't worry...you don't need to report me to the authorities. These are safe, breathable, crib bumpers, installed only after she can easily roll away from the sides of her crib. Put down the phone. No need to call child protective services)

Crib bumpers were working great and seemed to solve the "arms and legs stuck in the crib" problem.

Until this past weekend.

The troublemaker figured out how to remove the bumpers.

Here is a photo of Houdini on her monitor, taking down the crib bumpers one by one.

Methodically working as she pulls them all down.

I told you, we are in trouble. 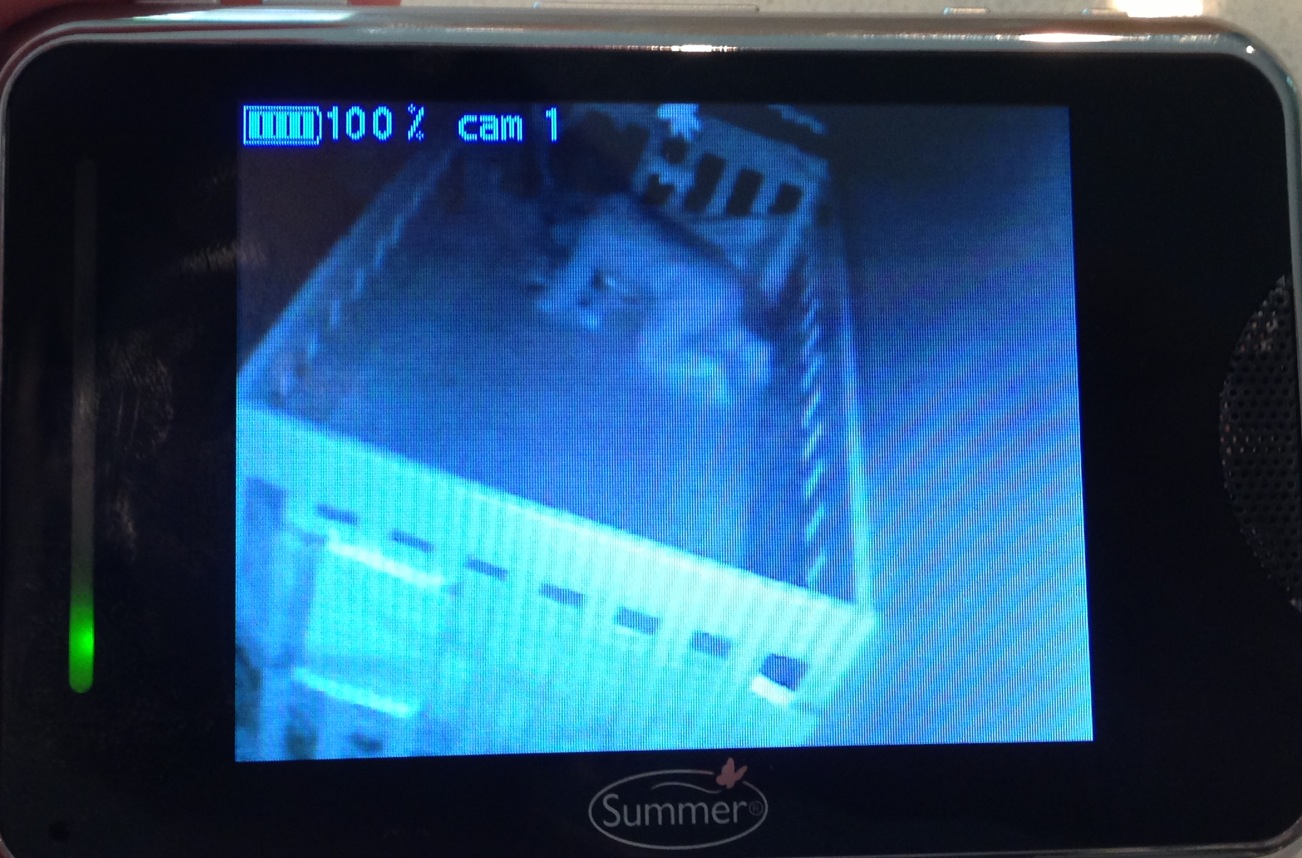 Omg you just made me snort. Or rather, Mollie made me snort! You truly have a child genius - and a funny one at that!! Your sister better watch out; their cousin is certainly going to teach them a thing or two about being awesome!