You just get to that point where you hate all of your clothes/shoes/makeup/bedding/furniture/food in your refrigerator/socks in your sock drawer.

Yes, sometimes I hate my socks and need new ones.  Okay, it only happened once. But I really did decide that all of my socks were gross and felt the immediate need to throw them all away and buy new ones.  $25 dollars and many new pairs of socks later...I felt like a new woman.

This time, it was makeup.  After having a baby, and nursing said baby for a year, I just didn't look the same anymore.  And I felt like my makeup wasn't working.  And I thought that I looked tired all the time, though I really was not tired.

One day I was feeling like I looked particularly pale-momish-tired and...as if she read my mind...my friend Kristin posted about her favorite makeup: Mama & Mou

It was a sign.  The last time I went to a makeup counter, had my makeup done, and bought a whole new regimen of makeup was when I turned 18. My best friend's mom gave me an awesome gift, a makeover at a makeup counter and a gift certificate for a bunch of makeup.  Yep, that was the last time I did this. 12 years ago.  It was time for an overhaul.

So I visited Kristin's friends at Smashbox this weekend and was THRILLED! They did an amazing job, I have all new makeup, I look much less pale-momish-tired, and I feel like a new woman.

Do it.  Give yourself a makeover.  Even if it's a sock makeover.  Because we all know there is truly no better feeling in the world than all new socks. Or makeup.  Or shoes. Or anything.

Take time for yourself.
Posted by Kara Frank at 9:55 AM 2 comments: 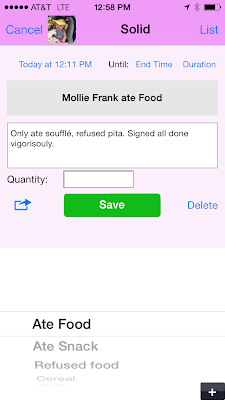 Posted by Kara Frank at 1:07 PM No comments:

Your life revolves around food.  And food can be your best friend or your worst nightmare.

I have never in my life thought more about what goes into my body, and my child's body. And often on my body as there is almost always Mollie food somewhere on my clothes.

When we first started feeding Mollie solid foods, she hated them.  She wouldn't take oatmeal. Didn't like the spoon.  Hated all of the first foods (avocado, banana, apples etc...)

She would push the spoon back into our face and scream until we gave her milk.  I thought this kid would drink only milk until she was 18.  Until we discovered hummus.

Yes, my kid loved hummus.  For a solid 2 weeks this was the only food she would eat.  I had carefully researched baby food recipes.  Investigated the healthiest foods to feed your child.  Discovered the best 'brain foods' for babies. And she hated them all.  The kid only wanted hummus.  So, while that wasn't really the plan, we decided to just let her have it.  So we sent her to school with milk....and hummus.

Finally she started branching out beyond the hummus (which was good because her breath was getting a little nasty) but still never ate most of the typical baby foods.  She was thrilled when she could finally pick things up and feed them to herself.

In my opinion, it's not that she ever hated the other foods, I think she just hated that we were feeding them TO her. She wanted to feed them to herself.  Girlie is quite independent.

Fast forward to Mollie at 1 year, 1 month and 10 days old. She's still a weird eater.  She still only likes to eat things that she can feed herself (unless it's yogurt...in which case she loves it so much she will let us feed her).
One day she will love something. (i.e. vegetables, pita, mac and cheese, eggs) and the next day she will throw it in my face.  I'm sure this is totally normal but it is beyond frustrating.

I'm also trying really hard not to influence her food tastes. Unfortunately, her father and I are somewhat picky eaters.  Well Jeremy is far picker than I am, but still, there is a decent list of foods we will not eat (tuna, mayonnaise, tarragon, cold chicken, white sauces, any kind of cold deli salad/pasta salad).

So, in the hopes that she will not hate all of these foods, we are still feeding them to her.  And one by one, it turns out she hates them too.

Anyone have any a great toddler friendly recipe?

So far this is her favorite food of the day - Butternut Squash Souffle Bites.  (Though now that I'm posting it on here she's totally going to start hating them)
Posted by Kara Frank at 10:13 AM No comments:

I love getting packages in the mail.

Maybe it reminds me of my years at summer camp where my mom would send me packages filled with fun stuff.  I would sit and eagerly await the mailman. He would stop by the cabin, I would watch and wait, hoping that today would be the day I would get a letter or a package.  My mom sent lots of letters, and often sent packages. Sometimes she would send a stuffed animal, other times it would be a fresh pair of pajamas, sometimes, if I was really lucky, my mom would mail me a Mylar balloon.

The balloon was always my favorite package.

My mom is an identical twin and sometimes my aunt would also send packages to me at camp.  One day the mailman arrived and I had TWO packages in the mail.  I nearly died of excitement.  This was basically the greatest day of my life.  I opened the first box. I vividly remember pulling out a pair of red plaid pajamas shorts and a balloon.
I squealed with excitement.
Pajamas AND a balloon.
This was a good day.
A great day.

And then I remembered that I had another box waiting for me from my aunt and I couldn't contain myself. I ran over to the other box and tore into it as feverishly as I had the first.  I opened the second box and pulled out something that looked awfully familiar....a pair of red plaid pajama shorts. And then a balloon.  The same balloon.  And the same red plaid pajama shorts.

Yes, my mom and aunt had unknowingly both sent me packages at camp, filled with the exact same items. For a moment I thought perhaps this was a joke, but then I realized that no, this was a twin moment.  And they had simply sent me the exact same things because when it comes to certain things in life, their brains are interconnected.

And so I proudly hung my two identical balloons to the post of my bed.  And folded my two pairs of red plaid pajama shorts and put them on my shelf.

Wrote them a letter saying thank you. And letting them know they're weird and interconnected.

And then wondered when I would get my next package.

The point of this story is that I still love getting packages.  And I think it's the residual effects of my life at summer camp.  And so I am obsessed with Stitch Fix.  Personally styled clothes, delivered to my door in an adorable package? SIGN ME UP.

And now, I am obsessed with Citrus Lane.  Citrus Lane delivers monthly boxes with stuff is tailored to your child's age and stage of life.
Last month we received a bunch of fun stuff including a cool tug boat bath toy 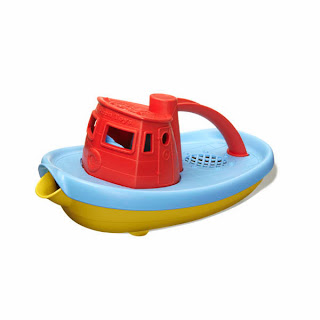 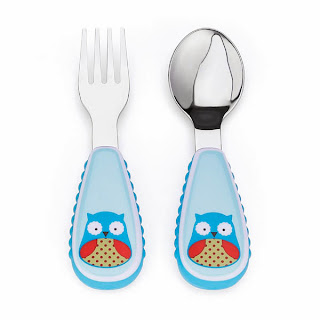 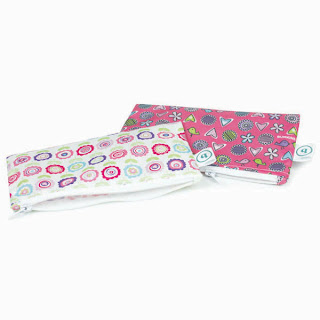 Anyways...if you're looking for a fun holiday gift for someone with kids, I highly recommend a Citrus Lane subscription.  It's a pretty fun way to try new products and hearken back to the days of being a kid and waiting for the mailman to arrive.  Okay, maybe that was just me.

If you click the link above you can try it for $10 off your first month!
Posted by Kara Frank at 9:19 AM 1 comment:

We are currently in the middle of the Jewish celebration of Hanukkah.  This is not one of our more significant holidays, but is another reason to celebrate, and more importantly, eat.

We decided to skip gifts in my family this year and instead we "adopted" a family in need.  We have a lot, and we certainly don't need more, so it seemed most appropriate to help others in need instead of filling our homes with more stuff.  Plus, it's really fun to shop for people.  Especially kids!

But if you really feel like buying us stuff....because ya know, it's the giving season...
Mollie really wants this 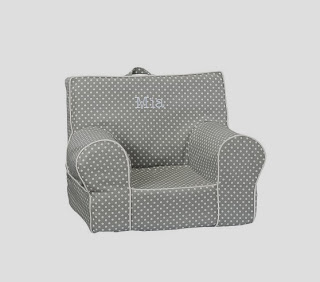 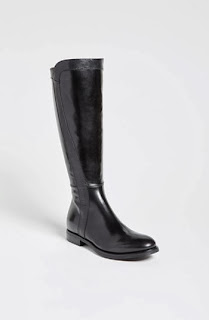 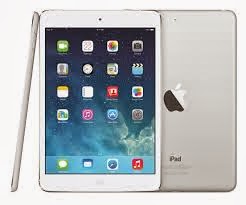 Last night I was supposed to have a meeting but it was cancelled so I ran home and decided to make latkes.  It may be a minor holiday. And we may be skipping gifts. But we cannot skip the food people.  That would be criminal.

So we made latkes. And lit the candles. And I attempted to sing, until Jeremy pleaded for me to stop. 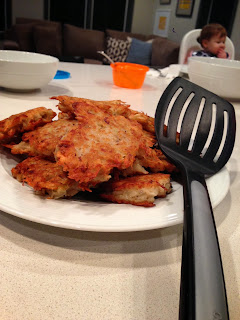 And we reminisced about the prior two Hanukkahs in our home.  My how things have changed!

A few Saturdays ago we were getting ready in the morning while the baby napped, and Jeremy was watching the Kare 11 morning news.  He heard them announce a contest.  I love a good contest.  And this is my kind of contest.  You enter via email and the first 25 people receive admission to PILLSBURY PIE SCHOOL!!!!

Oh yes, you heard that right.

Winning a contest. A contest which involves baking.  And a contest where the only requirements are...email your name to XYZ email address. 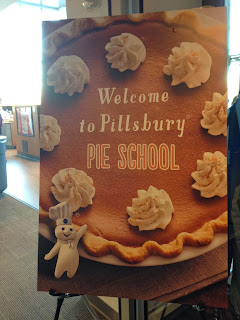 Jeremy thinks that the average person who would be interested in this activity likely does not have a smart phone, or a readily accessible iPad or Computer and thus it likely took them a long time to boot up their computer, log into their dial up modem, sign into America Online, type the email address, and enter the contest.

Screamed at the top of my lungs.

So we entered the contest.

And I was almost as excited as when I got to see Oprah live.  Almost. 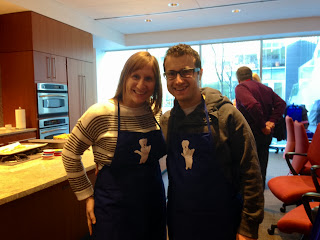 We went to pie school.  And we learned to make pie in the Betty Crocker kitchens.  It was a really cool experience. We are now pie masters.

Well, given the previous description of how much I like to bake, I'll let you guess whose pie is whose below.

See the first pie, with it's wilted, burned crust and it's under filled center?
And then the second pie, with the perfect crust and lovely filling?

Yea, mine is the first one.

Well the pie aficionado has now made a name for himself far and wide. You better put in your pie orders before he becomes famous and sells his pies for hundreds of dollars.  Feel free to email him and put in your order today...

p.s. the salted caramel pecan pie was amazing and really simple. Here is the recipe
Posted by Kara Frank at 1:04 PM 3 comments: